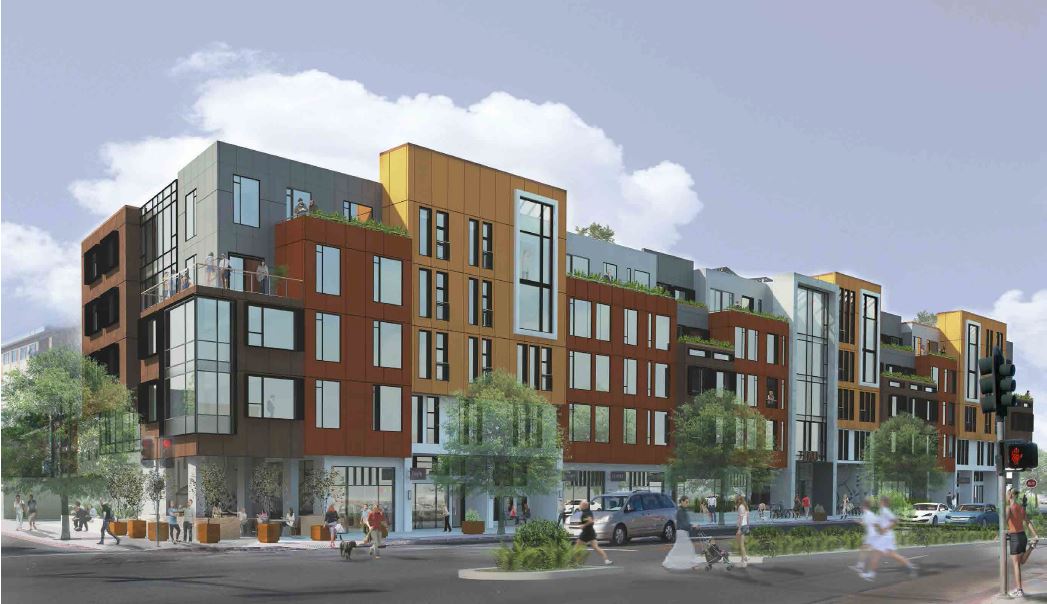 CITY COUNCIL MEETING - October 2, 2017
The City Council approved the Hillsdale Terraces Mixed Use Project on February 6, 2017.  In their consideration of
granting a height increase to 55’ along South El Camino Real, the Council imposed a Condition of Approval to satisfy the General Plan requirement for a project amenity that could include off-site public improvements. This condition required the payment of a $400,000 developer contribution.

The October 2nd public hearing will be solely to determine the use of the $400,000.

Materials for the October 2nd City Council meeting will be posted by the City Clerk’s office on Friday, September 29, on the City’s Public Meeting Portal.

At the City Council Meeting of February 6, 2017, the City Council voted 4-1 (Mayor Lim voted No) to approve the project. The details of the meeting, which includes the video, agenda, and minutes are available here.

In October 2016, the Planning Commission recommended approval of Hillsdale Terraces to the City Council. The project included a 51% density bonus rather than the 35% density bonus authorized by state law. However, since that time, City staff has determined that such an increase, above and beyond that mandated by state law, cannot be granted unless the City has explicitly included such a provision in its own municipal code. San Mateo’s municipal code does not include such a provision and an amendment to allow this additional increase would be prohibited by the City’s General Plan as amended by Measure P.

As a result, the applicant has submitted revisions to the project to comply with the mandated 35% state density bonus. These revisions include: 6 fewer units, a larger number of 3-bedroom units, 2 fewer BMR units, and 10 fewer parking spaces consistent with the reduction in units. The exterior of the building and site plan have not changed. The $400,000 offered by the applicant remains the same. All conditions of approval will remain the same with the exception of those which require a reference to the number of units (which will be revised to refer to the amended number of units).

Also, when the planning application was reviewed by the Planning Commission, a 67-unit maximum based on a 35% density bonus was discussed. However, the application now consists of 68 units as recent changes in state density bonus law require rounding up of all unit calculations.

At the September 27, 2016 meeting, the Planning Commission CLOSED the Public Hearing after all public comment on this item was heard and completed. The item was continued to Thursday, October 13, 2016. At the October 13, 2016 meeting, after making deliberations and comments, the Planning Commission voted 4-1 to recommend City Council approve this project.

These are large files and will need extra time to load.