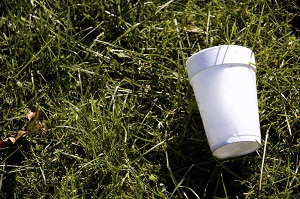 The negative environmental impact of polystyrene, more commonly referred to as “Styrofoam,” is well documented. Styrene is listed as a hazardous air pollutant in an amendment of the Clean Air Act of 1990. Save the Bay reports that “polystyrene foam is the second most abundant form of beach debris in California and poses a risk to human health, bay wildlife, and wetland habitat.”


City Council unanimously voted to adopt the polystyrene ban ordinance on May 6, 2013.

Working with our Business Community

Our team is reaching out to our business community to explain the purpose of both the polystyrene ban and the reusable bag ordinance. We have found that many of our businesses are already in the practice of using more environmentally friendly packaging. If you have questions, please call us at (650) 522-7300.