Mayor Eric Rodriguez grew up in neighboring Belmont and has lived in San Mateo for over 20 years. He was first elected to serve on San Mateo’s City Council in November 2017. Eric previously served on San Mateo’s Planning Commission and as his neighborhood’s representative to the San Mateo United Homeowners Association (SMUHA).

Professionally, Eric is the CEO of a leading health information website that he co-founded. He received his M.B.A. from the Stanford Graduate School of Business and his B.S degree from UC Berkeley. He currently serves on the board of directors of the Police Activities League (PAL) and the Rotary Club of San Mateo. Outside of work, Eric enjoys spending time with his 9-year-old son, Tyler, and his wife, Shirley. 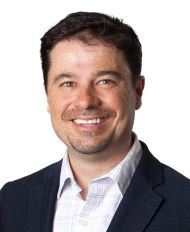