Joe Goethals is a life-long resident of San Mateo. Joe was elected in November 2013, was re-elected in 2017 and is currently serving his second term. He is an attorney and former prosecutor with the San Mateo County and Alameda County district attorney offices. Joe served on the Public Works Commission 2010-2013, and was serving as the Chair of the Public Works Commission when he was elected. Joe also has a Master’s degree in Public Health and he served on the Peninsula Health Care District Board prior to being elected to the City Council. 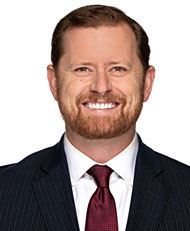