The anniversary event originally scheduled for March 21 has been postponed.

We are postponing the 52nd Anniversary Celebration of San Mateo’s Adopted 101st Unit originally scheduled for Saturday, March 21, 2020. The decision was made following guidance by the San Mateo County Health Officer and because the event called for visitors from out of state.

We appreciate your interest in celebrating our longstanding relationship with the 101st Airborne and hope to host another celebration when we’re able. Thank you!

Learn about the history of San Mateo’s adoption of the 101st Airborne - a relationship that’s over 50 years strong!

The City has participated in a number of anniversary celebrations over the decades, both inviting veterans and members of the 101st Airborne to San Mateo as well as traveling to visit them at their Fort Campbell headquarters. We also frequently send care packages and host donation drives to benefit serving members. 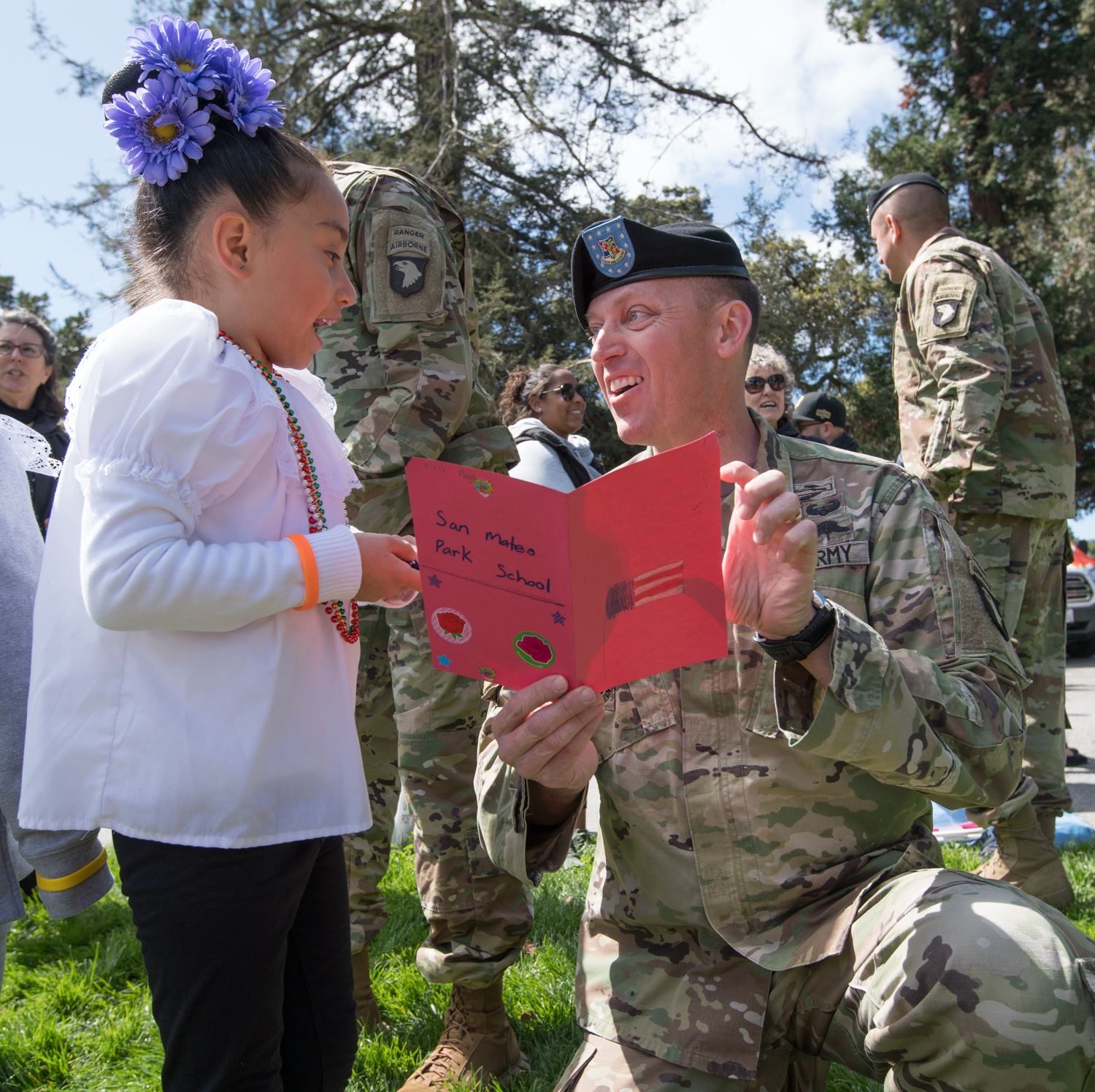 Learn more about the history
[]